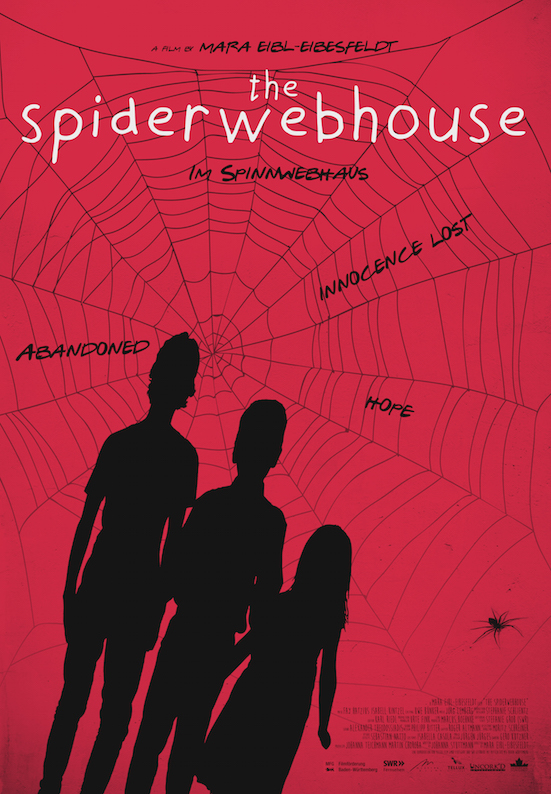 12-year-old Jonas confidently takes on the responsibility for his two younger siblings when his mother leaves them behind. He promises to keep her absence a secret. He isolates himself and his siblings more and more and they start to drift away into their own fantastic world. What starts as an adventure becomes a struggle between life and death. However, his friendship with the mysterious Felix gives Jonas strength and courage.

12-year-old Jonas confidently takes on the responsibility for his two younger siblings when his mother leaves them behind. He promises to keep her absence a secret. He isolates himself and his siblings more and more and they start to drift away into their own fantastic world. What starts as an adventure becomes a struggle between life and death. However, his friendship with the mysterious Felix gives Jonas strength and courage.

Jonas is only 12 years old but has already been supporting his mother, since his dad left the family. His mother Sabine is a lovely but highly sensible woman who is unable to cope with her hyperactive son Nick (9) and the 4-year-old Miechen. Therefore Jonas has to learn to take on the responsibility for his siblings at a young age, whilst his mother struggles to fight off her mysterious demons.

When Jonas becomes aware that his mother is overwhelmed by her anxieties, he lets her go to a special place called “Sun Valley” and agrees to take care of his siblings for her weekend away. He promises to never ever tell anyone that they are alone at home. With his new status within the family he decides to have some happy-go-lucky time with Nick and Miechen. However, after the weekend it becomes clear that Sabine isn’t coming back. She still needs to fight off her demons and Jonas keeps up his role as the responsible adult. The mother’s absence leads to more and more problems. The kindergarten teacher becomes leery, they run short on food and money and the house gets more and more chaotic. Only in the eyes of the kids it gets more and more cosy and magical: A Spiderwebhouse.

On his search for food Jonas meets an 18 year old boy called Felix, Count of Gütersloh: a young man who only talks in rhymes and who is not quite right in the head, as he says so himself. From now on he is going to take care of Jonas and becomes his guardian angel, showing him how to fend for himself in a world without adults, whilst not becoming one at the same time. Yet the fear of getting sent off to the protector rises every day. Miechen blabs out some secrets to her kindergarten teacher and suddenly the kids’ father is in front of the door. Fortunately Jonas can handle the new struggle with a lot of courage and determination. After Miechen crashes her bike, the situation gets out of hand very quickly and even though they get medication from Felix, Miechen condition deteriorates visibly. Totally overwhelmed, Jonas breaks into his mothers studio to find out what his mothers secret is.

He reads her diaries and finds out that this special place called “Sun Valley” is a psychiatric clinic and her mysterious demons are none other than her children. Jonas is deeply hurt by his new discovery and leaves to find the famous “Sun Valley”. He finds relief in yelling all his pent-up tension and anger at the house. Back home he and his siblings burn all of their mother’s diaries. While the fire’s smoke is spreading inside the house, the three kids slowly fall asleep. But they survive thanks to Felix, who rescues them last minute. When the children wake up his mother has returned from “Sun Valley”. While Nick and Miechen are happy to have her back, Jonas is still angry. He storms off. Freeing himself from the burden he had taken onto himself, he joins his class mates for a bike ride.

Mara Eibl-Eibesfeldt is a graduate of the directing class of the University of Television and Film Munich. Her short films „Endspiel“, „Tohuwabohu“ and „Martha“ were screened on many international festivals, amongst others it was presented on the short film reel “Next Generation 2005” of German Films at Cannes, at Internationale Hofer Filmtage 2007 and 2008, Filmfestival Max-Ophüls 2008, Kurzfilmfestival Festival Hamburg, Regensburg Kurzfilmwoche, Bilbao Festival for Documentary and Shortfilm, Clermont Ferrand Shortfilm Festival.

MARA EIBL-EIBESFELDT: I read an article in the newspaper about four kids who had been left alone by their mother for several months. The oldest child was twelve years old. He took on the responsibility for his siblings and made sure that no one would notice the mother’s absence. The apartment, however, was totally run-down. By the time the kids were found, the spider webs in the apartment had grown down to the height of the children’s heads.

What had fascinated you and the screen writer, Johanna Stuttmann, when you learned more about the real story?
We were deeply touched by the inner solidarity among the children and the way the oldest child managed to care for his siblings. During the research we learned that this case of child neglect is not a singular case nor is it related to a specific social background. On the contrary: there are quite a few similar cases that occur regularly all over Germany. Moreover, we were made aware how timeless this topic is. Neglectetd children have always been fairy tale characters.

Fairy tale is a good keyword. Do you regard „The Spiderwebhouse“ as a socially ambitious drama or as a fairy tale?
Johanna Stuttmann and I tried to find our own way of telling this story. It is not a classic drama but a film which is clearly told out of the children’s perspective. They try to cope with the situation they are in by using their own magical logic. The film runs along the edge of realistic storytelling and childish fairy tale fantasy. The children’s logic corresponds to the logic they know from stories and fairy tales. They get tasks. They believe that their mother will come back if they fulfil these tasks. As if they try to take a curse off their mother.

The film does not judge the mother’s behaviour. How do you personally see it?
I think that to a certain degree every parent knows the feeling of excessive demand and the spontaneous impulse to leave. Of course, her behaviour is wrong, even though she is short of money and helpless. At the same time I always had the feeling that the children learned their fantasy and solidarity by being with their mother. These two aspects acutally help them survive. I am very grateful that Sylvie Testud took over the part of the mother. She perfectly embodies this mixture of excessive demand, craziness and childish playfulness.

Was it hard to convince Sylvie Testud, who is a star in France, to play a role in a first feature film?
No, we were lucky. She read the script and sent me an email while shooting in Russia. She loved the story. Maybe because her son is at the same age as our main character Jonas. For me it was a lucky chance. Despite the psychological situation her character is in you can feel a warmth in the scenes between her and Jonas which was important to me.

You yourself are married with two kids. Your second daughter was a baby during the shooting of the film. How did you manage this?
Of course only because I was supported by my whole family and my team. As a young mother you depend on the comprehension of the people around you. In the preproduction I had my daughter with me most of the time. When we started shooting in Heidelberg my whole family moved there. My mother and my mother-in-law came to help us. I was still breast feeding the baby. It all needed quite a lot of organization. However, a lot of nice moments came out of it as well. My oldest daughter for instance painted a lot of the pictures you can see in the „Spiderwebhouse“. Many of the crew members were young parents, too. That helped a lot. Especially my 1. AD, Moritz Schreiner, not only did a fantastic job, but was carrying my daughter every once and a while. Maybe it is not the worst thing if the shooting of a children’s movie revolves a lot around children, too.

The character of „Felix“, played by Ludwig Trepte (“Generation War”), does not seem to be real.
Yes, that‘s right. He is an outsider himself who does not adopt to the grown up world. Due to his scary appeareance and his special language you don’t know whether he is good or bad. Nevertheless, or maybe because of this, he is the only stranger Jonas starts to trust. It was extremely challenging to develop the character with Ludwig Trepte. On one hand he was meant to be surreal like a ghost, on the other hand he had to function as a real person, too. It is the same thing with the spiders and bugs: They are symbolic and real at the same time.

Jürgen Jürges („All fear eats the soul“, „Funny Games“) is the DOP. Was it his idea to film in black and white?
The idea came up very early in the script development process. The final decision was made after the first discussions with Jürgen Jürges. Funnily, he was the one to be sceptical, although he had shot some of the greatest black and white movies. By using black and white images we wanted to emphasize the fairy tale character of the movie. The black and white creates some sort of abstraction. Thus the dirt and the chaos in the house is not so dominant for a long time. Light and shadow, day and night play an important role. Thus the protagonist Jonas slips slowly into darkness.

How did you, as a young director, experience working with such an experienced DOP like Jürgen Jürges?
It was wonderful. Although he has shot more than 100 movies he was always determined to find out what my vision of the film was. At the same time I could totally trust him and could concentrate on working with the children. The pictures he took are just amazing and every single one of them has a meaning. I am also extremely grateful to Gero Kutzner, the second cameraman. I already worked with him when shooting my graduation film at the University of Television and Film in Munich. As well as Johanna Teichmann, the producer, with whom I have been working since film school, too.

„The Spiderwebhouse“ is your first feature film – shooting with kids and animals is apparently extremely difficult. Were you demanding too much of yourself?
Shooting a first feature, with a budget of less than a million, it was indeed a great challenge. You definitely need more shooting time with kids. It was clear to us that the children always had to be in the centre of all our shooting plans. Dop, set decorator and all the other crew came second. We had a long casting process with our caster Uwe Bünker in order to find the right kids. Helping them trust me and keeping them motivated during the long shooting period was one of my main tasks. Especially, as each of them have their own character and their own personal demands. It was fascinating to see how each of them grew into their role. I am deeply grateful to Ben Litwinschuh, Helena Pieske and Lutz Simon Eilert, because they are the core of our film. Money was short, thus everything had to work out as planned in a tight schedule. We could not afford to have any major delays. One of my greatest concerns was that one of the kids could fall ill. But we were lucky, they all stayed healthy. We were able to shoot every scene we wanted.